THE FOUNDATION OF TOKOROA HIGH SCHOOL

Tokoroa High School was opened officially in October 1957 to meet the educational needs of one of the most rapidly expanding towns in New Zealand. Let us briefly review the developments which were so important in the growth of Tokoroa, and therefore in the decision to build a High School here.

Before 1937 farming in the Tokoroa district was uneconomic because its pumice soils lacked the trace element cobalt. After years of patient research, the absence of this substance was detected and the introduction of the use of cobaltised phosphate and stock licks here transferred this area into a prosperous farming region.

Concurrent with the revival of farming was the establishment of 175,000 acres of pine plantations, on which the timber industries at Kinleith are based. Then in 1953, the New Zealand Forest Products Company opened its timber, pulp and paper mills at Kinleith. The effect these events had on the population figures for Tokoroa is obvious. In 1947 the population here was 146. In 1957 it was 7,000. In 1950 the school population was 330. In 1958 it has grown to 1,500.

The Tokoroa East School, which had been built in 1915, soon reached a point where it could no longer handle this greatly increased' school population, so the Education Department began an extensive building programme here. The Tokoroa Central School was opened in 1954, Amisfield in 1956, and Matarawa in 1958.

Meanwhile, the need for the provision of secondary education here had grown apace. During the 1940's secondary pupils were sent to the secondary department of the Putaruru District High School. When this solution became inadequate as Tokoroa grew into a large town, various methods of providing secondary education here were considered. The idea of a secondary department attached to East School was discussed. Finally, mainly because of the efforts of the then Chairman of the South Auckland Education Board, Colonel T. Durrant, Mr J. Currie, of Forest Products, and others, a forty-acre block was bought on Maraetai Road and a full post-primary school planned.

In 1956 a deputation from the Education Department met interested residents, who decided that a full post-primary school should be established and that it should have its own Board of Governors.

In the meantime, the contract to build three blocks of the "Porirua" type of school had been let to Churchouse & Shirley, Ltd. Along with odd sub-contractors, this firm faced the usual difficulties and setbacks, and the School was approaching a habitable condition by February 1957. On opening day the Board considered that the grounds and buildings were not ready for occupation and school was held at the Community Centre and rooms lent by the East School. Two weeks later the 121 foundation pupils and seven staff members moved to the new High School buildings in Maraetai Road.

Tokoroa High School was officially opened by Sir David Henry. on October 19th, 1957 before a large gathering of. parents and visitors. After the National Anthem, addresses were given by Colonel T. Durrant, D.S.O., and Mr le F. Ensor, M.A. B.Sc., Dip. Ed. After welcoming visitors, Colonel Durrant said that he was pleased to have been associated with the original thinking which went into the planning of the school and thanked the Education Department for what it had done for Tokoroa. Mr Ensor, district superintendent of education, Auckland then reviewed the progress of education in New Zealand from the early 1900 s to the present. He drew attention to the growth of technical education and the revolution that has taken place in regard to the number of pupils who now come on to High School.

Before performing the opening ceremony Sir David Henry thanked the Education Department for the manner in which it badly looked after the needs of the town and the Board of Governors for the efforts it had made to establish the school. He then spoke of the purposes of education.

Finally, the climax of this impressive ceremony was reached when the whole assembly stood during the Official Opening and the unveiling of the plaque by Sir David Henry. This was followed by an expression of thanks by Mr F. R. G, Aitken, M.A., B.Com., Senior inspector of Post-Primary Schools. Wellington. After the Opening Ceremony, the school proceeded to its first assembly, which was dedicated by His Lordship the Bishop of Waikato. 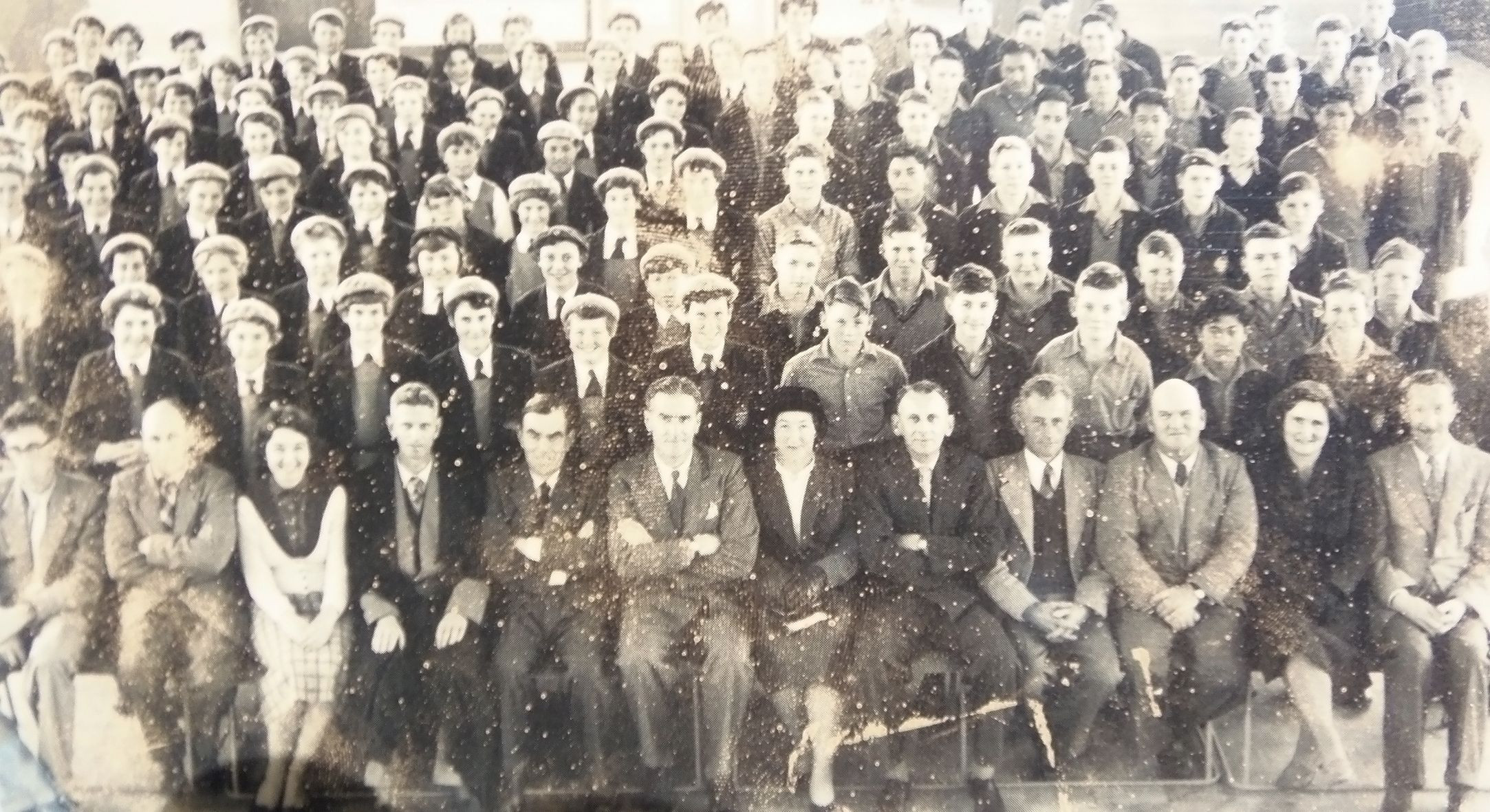